Some fascinating objects have been found during the refurbishment of St George's Hall.

Workers carrying out the £8.5 million refurbishment of the Grade II listed building in Bradford have found several interesting objects tucked away, including a handbill from 1871 promoting a programme of Saturday Night Entertainment, which was printed by J Clegg Printer by Steam Power, Infirmary Street, Bradford.

The programme for the evening included Madam Tonnelier performing songs in character from the Grand Duchess, as well as a line-up of music and sketches including Irish and Scottish songs and stories by Mr and Mrs Forster O’Neill accompanied on the piano by their daughter Flora.

Workers also found the front page of the Daily Express newspaper from 10 January 1928. The front page contains an article about plans to build a barrage in the wake of the Great Flood of London, which had taken place only a few days earlier, on 7 January 1928.

Other items found when the old seats were removed from the Dress Circle, include a wrapper from a Cadbury’s Flake when they only cost 6d and several cigarette packets, including a Black Cat Cigarettes tin lid possibly from the 1930’s.  There was also a ticket for the 31st Annual Speech Night for The Priestman School held at the venue on Wednesday 14 March 1956.

The items found will form part of the permanent archive display held by Bradford Theatres.

Councillor Sarah Ferriby, Bradford Council’s Executive Member for Environment, Sport and Culture, said: “These are fascinating finds that give us a glimpse into the history of this wonderful venue and the types of entertainment that was popular at the time…  Work on St George’s Hall is progressing well and I’m sure once complete will secure the building for future generations of audiences.”

We will continue to give updates about how the work progresses at St George’s Hall via our website and other digital communication channels.

The venue is now temporarily closed for the works to be carried out. 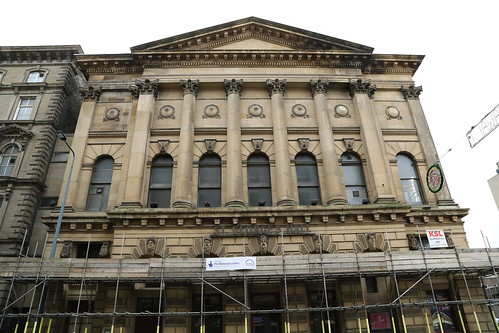