About The Alhambra Theatre 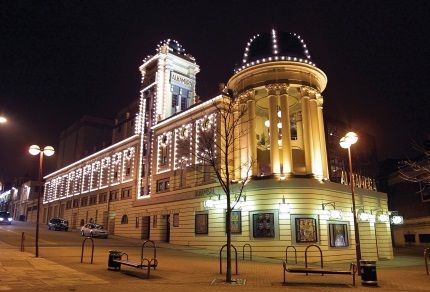 The Alhambra Theatre celebrated
100 years in 2014

The Alhambra Theatre, the jewel in Bradford’s crown, was the vision of Francis Laidler, a local impresario. Laidler had the idea and vision to build a brand new theatre in 1912 and it was two years later that his dream was realised.

The Alhambra Theatre was officially opened at 2pm on 18 March 1914. Five days later, it opened its doors to the general public on 23 March for a Variety show, which ran for a week.

Through the golden age of variety, the 1980’s refurbishment and up to the present day, the Alhambra Theatre has had a wonderful and varied history. It remains an iconic venue, attracting the very best in star names and live entertainment to the city of Bradford. You can read more about the Alhambra Theatre's 100 year history here.

How to find us