"This year is a very special one for the Alhambra Theatre, as it celebrates its 100th anniversary. It's an honour for me to be General Manager of this prestigious venue in such a wonderful year. Through the golden age of variety when it opened, the 1980's refurbishment and up to the present day, the Alhambra Theatre has had a wonderful and varied history.

Everyone at Bradford Theatres is planning a year of celebration to acknowledge this magnificent milestone, starting with Disney's The Lion King; closely followed by the National Theatre's War Horse; and our very own unique A Night of Variety in September - a very special tribute to 100 glorious years of the Alhambra Theatre.

As well as enjoying these theatrical treats at the Alhambra, don't forget to see what's on offer at our other venues - as ever, we offer the very best in live entertainment all year round."

100 Years of History at the Alhambra Theatre Bradford

The Alhambra Theatre, the jewel in Bradford’s crown, was the vision of Francis Laidler, a local impresario.

Laidler was born 1867 in Thornaby on Tees, the son of a doctor, and moved to Bradford to work as a cleric for a wool trader. He then worked for Hammonds Brewery and was quickly promoted to management. In 1902, aged 35, while still at Hammonds, Laidler went into partnership with Walter J Piper at the Prince’s Theatre; Piper died six months later and Laidler left Hammonds to take on the Theatre… Laidler had the idea and vision to build a brand new theatre in Bradford in 1912 and it was two years later that his dream was realised. It was built from designs and supervision by Messrs Chadwick & Watson of Leeds; the general contractor was Mr J T Wright of Leeds; and plaster and decorator’s work was by Messrs F DeJong & Co Ltd, London.

The Alhambra Theatre was officially opened at 2pm on 18 March 1914. Five days later, it opened its doors to the general public on 23 March for a Variety show, which ran for a week. The show included various acts and also a Revue called A Year in the Hour. Performers included principal boy performer, Alice Wyatt who opened the show with the National Anthem, Yeadon-born comic Sydney Howard, Mamie Watson, Leslie Barker, Nellie Wallace and the Benedetti Brothers (acrobats).

The Alhambra opened during the height of Variety, offering twice nightly shows. Just after the 1914–18 war, Moss Empires Ltd, the country’s most respected and effective Variety organisation approached Laidler to work together. They remained the booking agent for the Alhambra for more than 40 years during which time every big-name variety performer had been booked to appear at the Alhambra.

The theatre prospered throughout the 1920s and attracted many greats, including George Formby, Florence Desmond, George Lashwood and Randolph Sutton who wowed Bradford audiences.

Variety remained a favourite throughout the 1950s and 1960s and the Alhambra played host to comedy legends, Laurel & Hardy; as well as enjoying visits from the likes of Morecambe & Wise, The Beverley Sisters, Dick Emery, Peter Sellers, Max Bygraves and Frankie Howerd.

The Early Days...Inside the Alhambra

It was said that Italian craftsmen were brought in to install tessellated marble work in the foyer for the opening. From the main staircase there was access to Dress Circle level; however the entrance to the pit stalls and Upper Circle was on Morley Street, away from the main door. Corridors inside the theatre were lit by electricity plus there was gas in case the electricity failed!

There was tip-up seating in the pit stalls which was upholstered just as comfortably as the seats in orchestra stalls and Dress Circle, much to customers’ amazement at the time! Usually it would have been wooden benches or uncomfortable seating. Capacity in the auditorium was originally nearly 1,800, then reduced to 1,650.

When the Alhambra was built, the visiting performers thought they were very well looked after with hot and cold water, as well as gas and electric light in the dressing rooms! There were 11 dressing rooms originally; today there is space for 122 performers. Rumour has it that there was a notice on dressing room doors, placed there by Francis Laidler, saying: “Please do not ask management for complimentary tickets for your friends. If your friends will not pay to see you, why should the public?”

*Some material taken from Domes of Delight by Peter Holdsworth.

The Alhambra Theatre’s name is synonymous with pantomime

Francis Laidler was known as ‘The King of Panto’ and started the charming tradition of using Sunbeams (the juvenile dance troupe) in his pantomimes in 1917 at the Prince’s Theatre in Bradford.  It wasn’t officially until 1930/31 that the Sunbeams came to the Alhambra, when Laidler switched his pantos to this venue.  He even toured his Sunbeam troupes into Theatre Royal Leeds (which he also ran having taken over the lease in 1909).  The Sunbeam tradition still flourishes today.

Past Sunbeams; Rita Dawson, Anne Fawthorp, Marilyn Bateman, Nora Riley, Jackie Wright, Pauline Wright, Janet Kennelly and Dianne Davies (Sunbeams between 1952 – 1960) all popped into the Alhambra recently for a catch up & chat with ITV Calendar about the Alhambra's 100th Birthday.

Prince of Bradford panto and King of comedy, Billy Pearce, returns to the Alhambra Theatre by popular demand for his 18th Bradford pantomime season, as the loveable Smee in Peter Pan.

Bradford born actor Duncan Preston performed on stage at the Alhambra Theatre for the first time in 2011 in To Kill a Mockingbird.

"The Alhambra Theatre holds many special memories for me it was the first stage I ever performed on at the age of 6 and I really feel that was where it all began for me. It is such a wonderful theatre and I loved every second performing on that stage. Congratulations on your 100 year anniversary long may it continue!" Kimberley Walsh

Read more about the Alhambra Theatre

Find out What's On at Bradford Theatres

Take a look at pictures in our Flickr set 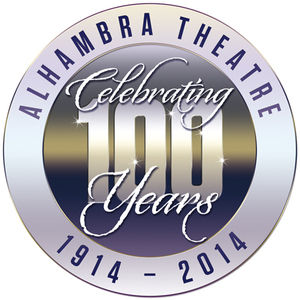 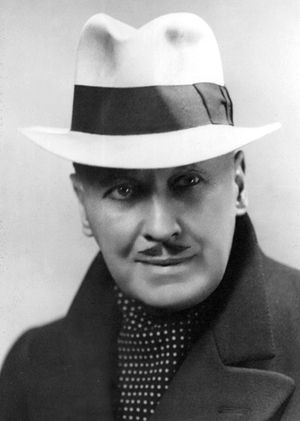 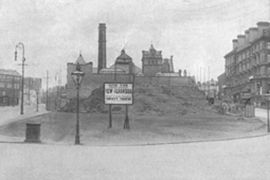 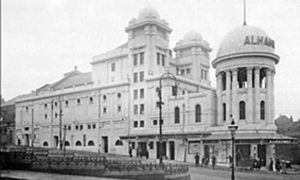 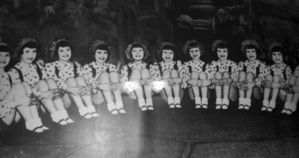 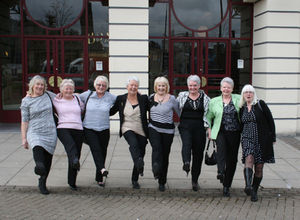 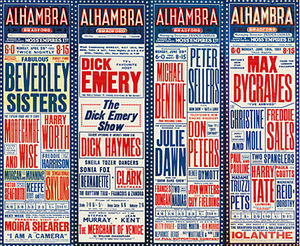 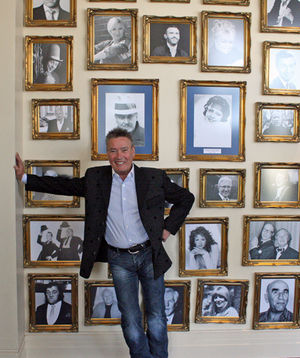 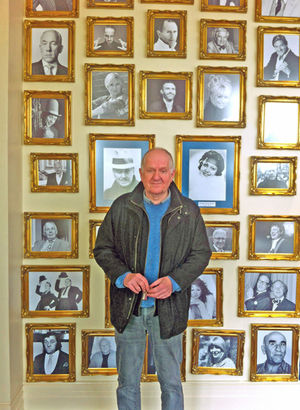